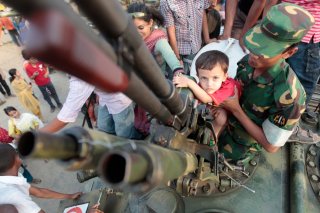 Here's What You Need to Remember: Since the US proclaimed itself to be the “arsenal of democracy” during WWII, the US has been at the forefront of the development of advanced tank guns and ammunition.

This piece was originally featured in November 2018 and is being republished due to reader's interest.