The Five Deadliest Guns (To Their Owners) 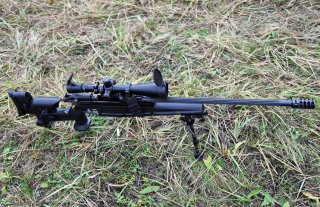 Here's What You Need To Remember: In a firearm's design process, the gun owner's safety must always, always be the top priority. Or else this happens.

Charlie Gao studied political and computer science at Grinnell College and is a frequent commentator on defense and national-security issues. This article first appeared in April 2018.