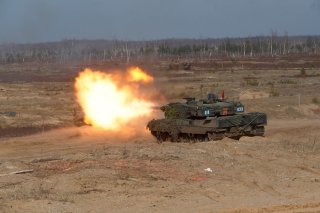 Here's What You Need to Remember: The top five most lethal tanks today aren’t necessarily the newest or most expensive. Each does one thing particularly well to stand out from the crowd, making it an extremely dangerous opponent on the battlefield.