To Fix U.S. Foreign Policy, Look to the Balance of Power 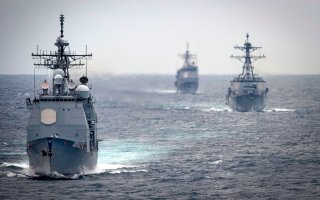 During the vice-presidential debate on October 7th, the 2020 campaign saw its first (and possibly only) direct exchange on foreign policy. Although Vice President Mike Pence and Senator Kamala Harris disagreed about the details, both couched their respective visions in an explicitly moral framework. Under these terms, foreign policy is a simple matter of doing the right thing: punishing bad guys (China and Iran according to Pence, Russia according to Harris), rewarding friends (Israel for Pence, NATO for Harris), and applying American strength to the problem of evil (be it coronavirus, Russian malfeasance, or ISIS). Absent was any consideration that morality and national interest might conflict, or that Washington’s options might be constrained in any way. Such faith in American power puts one in mind of that infamous observation anonymously offered by a Bush administration official: “We’re an empire now, and when we act, we create our own reality.”

Of course, whoever occupies the White House come January won’t have the luxury of creating his own reality. Either Donald Trump or Joe Biden will lead a country with less ability to influence international events than at any point since the end of the Cold War. This is partly the consequence of specific policy decisions—two decades of strategic adventurism has exacted a significant financial, military, and diplomatic toll—but it is also the outcome of larger material processes. From 2000 to 2019, the relative size of America’s GDP shrunk from 30.5% of the world total to 24%; over the same period, China’s share has risen from 3.6% to 16.4% (and if the figures are adjusted for purchasing power parity, the Chinese economy is already the world’s largest). As the historian Paul Kennedy demonstrated in his magisterial Rise and Fall of the Great Powers, geopolitical power is ultimately a function of economic strength, and “so far as the international system is concerned, both wealth and power are always relative.”

This doesn’t mean Americans should become fatalists about decline. The United States is still the most influential actor in the international system, and careful statesmanship can sustain the benefits accrued from that position for some time. But it does suggest that our freedom of action has considerably diminished and that the preservation of American power may depend above all on an understanding of its limits. Rather than striving to exercise a global hegemony we can no longer afford, clear-eyed policymakers should pursue the humbler goal of harnessing the interests—and fears—of our partners to maintain a favorable balance of power.

To get a sense of what this might look like, consider another recent foreign policy discussion. On October 6th, Secretary of State Mike Pompeo met with the Foreign Ministers of Australia, India, and Japan for talks under the Quadrilateral Security Dialogue. Formerly a somewhat obscure forum for defense cooperation, the 'Quad' has become an attractive instrument for countering Chinese expansionism. Each of its members has experienced heightened tensions with Beijing over the past year; each is making considerable investments in its defense capabilities, and each fears the consequences of potential Chinese hegemony over the Indo-Pacific. Conscious of this, the U.S. has spearheaded attempts to bring the group closer. “It is more critical now than ever that we collaborate to protect our people and partners from the CCP’s exploitation, corruption and coercion,” Pompeo said in his opening remarks, and also called for the forum to develop “a true security framework.”

Handled deftly, this presents an excellent opportunity to re-orient our strategy. Traditionally, the Pacific has been secured by a ‘hub-and-spoke’ model of bilateral alliances; a more multilateral framework could make it easier to leverage partner capabilities and resources while reducing costs for the United States.

But if this approach is to work, it will need to account for the most important drivers of state behavior. However serious their ideological differences with the CCP, the fundamental reason countries as diverse as Australia, Japan, and India may be willing to band together is because China is both close and powerful. Too emphatic an insistence on a NATO-like structure—especially with an outsized American role—could alienate lukewarm partners like India, as well as exacerbate the burdens of our security commitments. And if the Quad is perceived as nothing more than an American bloc, this may put off others in the region and even push them closer to China (South Korea has already expressed such concerns). Its integration should, therefore, proceed gradually, with an emphasis on shared decision-making and interests over ideology.

This approach shouldn’t be restricted to the Indo-Pacific: the same logic applies everywhere, although its prescriptions may change according to the circumstances. In Europe, for instance, our near-peer competitor is considerably weaker; its relative capability is static or declining rather than rising, and it’s ringed round by a solidly institutionalized alliance structure. From the U.S. perspective, the balance of power is decidedly favorable; therefore, the priority should be stability and de-escalation. Taken seriously, this will necessarily entail some unsavory tradeoffs. For instance, Moscow’s backing of the Lukashenko regime in Belarus may repulse our democratic sensibilities, but, as it doesn’t meaningfully affect the balance of power, the wisest response is restraint.

Despite some encouraging signs, there is still a long way to go before we embrace a grand strategy that is in line with our means. Lingering attachment to primacy and the enduring moralism of American foreign policy remain obstacles to thinking clearly about the balance of power. Even the phrase itself has a history of stigma: after World War I, President Woodrow Wilson confidently proclaimed that “the day we have left behind us was a day of balances of power.”

Needless to say, we never did manage to leave that day behind us. And as America’s relative power declines, it will be crucial to crafting a foreign policy in which the balance of power plays a starring role. Rather than Wilson's idealism, whoever wins the presidency would do better to look to the vision expressed by Thomas Jefferson a century earlier. “For my part,” he wrote in 1815, as Europe experienced the last paroxysm of the Napoleonic Wars, “I wish that all nations may recover and retain their independence; that those which are overgrown may not advance beyond safe measures of power, and that a salutary balance may be ever maintained.”

Luke Nicastro is a writer and defense analyst based in Washington, D.C. He has worked in a variety of international positions supporting the Department of the Navy, the Department of State, and the National Defense University.