This Flexible Rifle Can Fire Off 21 Different Types of Ammunition 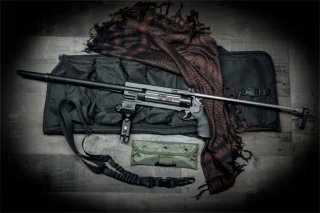 Here’​s What You Need To Remember: In a post-apocalyptic scenario where survival is dependent upon scavenging resources, it pays to be prepared. That’s the thinking behind Scavenger 6, a new rifle that can fire 21 different calibers of ammunition.