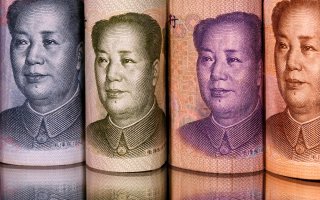 DC/EP is progressing rapidly and, if successful, would have major international implications that haven’t yet been widely considered by policymakers. DC/EP would have ramifications for governments, investors and companies, including China’s own technology champions. It has the potential to create the world’s largest centralised repository of financial transactions data, and while it may solve some financial governance challenges, such as money laundering, it would also create unprecedented opportunities for surveillance.

The initial impact of a successful DC/EP project will be primarily domestic, but little thought has been given to the longer term and global implications. DC/EP could be exported overseas via the digital wallets of Chinese tourists, students and businesspeople.

A new report from ASPI’s International Cyber Policy Centre, The flipside of China’s Central Bank digital currency, seeks to improve baseline understanding of DC/EP’s mechanics and place the project in its political and bureaucratic context. The aim is to catalyse and contribute to an informed conversation about what the rollout of DC/EP may mean for China and for the world.

Over time, it’s not far-fetched to speculate that the Chinese party-state will incentivise or even mandate that foreigners also use DC/EP for certain categories of cross-border RMB transactions as a condition of accessing the Chinese marketplace. DC/EP intersects with China’s ambitions to shape global technological and financial standards, for example, through the promotion of RMB internationalisation of the renminbi and fintech standards-setting along sites of the Belt and Road Initiative. In the long term, therefore, a successful DC/EP could greatly expand the party-state’s ability to monitor and shape economic behaviour well beyond the borders of the PRC.

At the technocratic level, DC/EP is designed to ensure that the central bank can monitor all financial flows and exercise greater control over China’s financial system and capital accounts while displacing anonymising cryptocurrency alternatives that can’t be readily controlled. Recent reporting has also indicated that the People’s Bank of China aims for DC/EP to erode the dominance of Alipay and WeChat Pay in the digital payments sector, levelling the playing field between the technology duopoly and commercial banks.

At the leadership level, DC/EP is being driven by the financial ‘risk management’ and ‘supervision’ imperatives of Chinese Communist Party General Secretary Xi Jinping. DC/EP will offer no true anonymity, as the central bank will have both complete visibility over the use of the currency and the ability to confirm or deny any transaction. There are also no express limits on the information-access powers of the party-state’s political security or law enforcement agencies, such as the Central Commission for Discipline Inspection, which has a keen interest in the technology.

While DC/EP could enable more effective financial supervision and risk management that any government might seek to embed in a central bank digital currency, the PRC’s authoritarian system embeds political objectives within economic governance and otherwise reasonable objectives. Terms such as ‘anti-terrorist financing’, for instance, take on a different definition in the PRC that is directed at the CCP’s political opponents.

DC/EP is being developed and implemented domestically first, but could allow China to shape global standards for emerging financial technologies. It also creates opportunities for the PRC to bypass the US-led financial system, which it perceives as a threat to its security interests, potentially disrupting existing systems of global financial governance. Through DC/EP, Beijing could over time move away from the SWIFT system and bypass international sanctions.

To date, policymakers in the democratic world have taken a whack-a-mole approach to the security challenges presented by Chinese technologies, if they have taken action at all. Those actions—such as those pertaining to Huawei and 5G over several years and TikTok and WeChat more recently—have been taken long after the relevant brands and technologies have entered the global marketplace and established dominant positions, and they don’t solve root problems.

Early efforts to establish and coordinate norms, rules and standards will reduce any subsequent need to resort to blunt and arbitrary measures that are economically, socially and diplomatically disruptive. By acting now to build a baseline analysis of the DC/EP project, decision-makers have an opportunity to anticipate challenges and build a consistent and coherent policy framework for managing them.