Florida Is Giving an Extra Stimulus Check to America’s Best 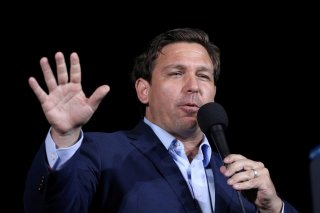 Here's What You Need to Remember: To curb the influence of government spending, twenty-four Republican states, including Florida, have voluntarily ended their federal unemployment benefits.

In March 2021, as Florida’s budget was being negotiated, the state’s governor, Ron DeSantis, proposed a one-time payment of $1000 to Florida’s most deserving citizens: teachers, first responders, and other public safety officers, who he argued had played a critical role in reopening the state.

Last week, the state budget, including the relief measure, was signed into law, with DeSantis’s proposal included. The bonuses will cost taxpayers a total of roughly $400 million; they are slated to be sent to around 174,000 public officers and almost 180,000 educators. The payments are scheduled to be sent out by the Florida Department of Economic Opportunity, which handles the state’s various benefits programs.

The payments are being made in two waves. First, $208.4 million is being set aside for the public officers will receive payments. DeSantis described the payments as a “small token of appreciation” to workers who had “worked tirelessly through the pandemic to meet the needs of our communities.”

Although the measure was mostly promoted as a payment for first responders, it also includes other public officers, including 35,000 firefighters and nearly 50,000 law enforcement officers. Altogether, 40,000 EMTs and 33,000 paramedics are also eligible for the payments.

The second round of bonuses, totaling $215 million, is slated for educators, who DeSantis underscored had faced unprecedented challenges during the pandemic. The payments are designated for 175,000 classroom teachers and roughly 3000 principals across all public K-12 schools in Florida. The payments will also go to charter schools and specialized schools, including the Florida School for the Deaf and Blind. The funding for these bonuses will be taken from the Elementary and Secondary School Emergency Relief Fund, funding that was originally provided by the Biden administration’s American Rescue Plan Act.

Government assistance has been a partisan issue throughout the pandemic. Republican states and governors, including DeSantis, have typically criticized stimulus and unemployment payments as distorting the economy and de-incentivizing work. The Republican argument that the payments undermined Americans’ willingness to work was partially vindicated by the Department of Commerce’s April jobs report, which indicated that job creation was a small fraction of its projected totals. Economists from the Federal Reserve Bank of San Francisco, however, have cast doubt on the connection between government benefits and unemployment.

To curb the influence of government spending, twenty-four Republican states, including Florida, have voluntarily ended their federal unemployment benefits; of these states, at least four have set up schemes by which unemployment benefits have been collected and “rolled over” into hiring bonuses for finding work. It remains to be seen how effective these programs will be.