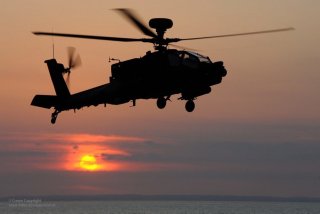 Here’s What You Need to Remember: Welcome to Confessions Of, an occasional series where Task & Purpose's James Clark solicits hilarious, embarrassing, and revealing stories from troops and vets about their job, billet, or a tour overseas. Are you in an interesting assignment and think you might have something to share? Email [email protected] with your story.

"Nothing is more powerful than a young boy's wish except an Apache helicopter. An Apache helicopter has machine guns and missiles. It is an unbelievably impressive complement of weaponry, an absolute death machine."

Right, but you always get that one guy who doesn't get practical jokes. Like you take someone's beret, put it in water, and put it in the freezer so they'd have to chisel it out. And you're like "yeah, that's funny."