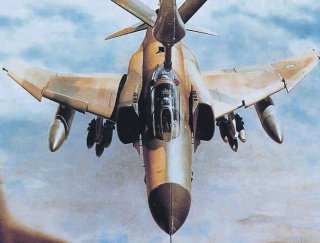 Here's What You Need to Remember: Iranian Phantoms bombed Islamic State targets in Iraq’s Diyala province in December 2014, and they continue to play cat and mouse games with U.S. patrols and drones over the Persian Gulf.