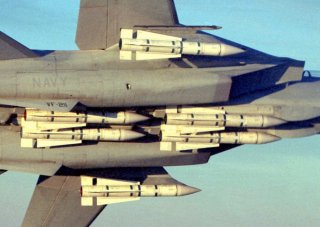 Here's What You Need to Know: Apparently the Iraqi side thinking we really couldn’t see him came closer and was now in our trap. He must have thought we had a radar malfunction or were complete idiots. But it was too late.

David Axe was Defense Editor of the National Interest. He is the author of the graphic novels  War Fix,War Is Boring and Machete Squad.