Forced Public Confessions Are an Attack on Liberty 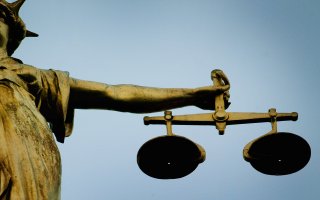 Roger Pilon has already paid tribute in these columns to D.C. Circuit Judge Stephen F. Williams (1936–2020), a revered friend and inspirational figure to many of us here at Cato, and a giant of administrative law whose scholarly and writing interests extended to such far‐​flung fields as pre‐​Revolutionary Russian history. Some other appreciations: Fredrick Kunkle/​Washington Post, Jonathan Adler first and second, Ben Wittes (friendship began after Wittes wrote something unfair about the judge, who characteristically overlooked it), Aaron Nielson (noting that Williams was famous for the regularity with which his clerks went on to become respected legal academics), Notice and Comment multiple authors, Nathaniel Zelinsky.

In his post linked above Aaron Nielson hails Judge Williams as “a man of courage” who “was not afraid to speak out to what he perceived as threats to liberty.” Nielson cites Williams’s 2016 opinion in a labor relations case, HTH v. NLRB, which hinged in part on the circumstances under which the National Labor Relations Board can order managers of a company that has violated labor law to read aloud to workers the terms of a notice drafted by the Board, reciting past violations and promising to sin no more. Williams cited the words of then‐​Judge Ruth Bader Ginsburg in an earlier (1983) D.C. Circuit case, Conair v. NLRB, objecting to a personalized order requiring a named executive to read such a notice (“I would not single out the president [of the company] here, or any other named individual, hand him lines, and make him sing.”) Alas, Ginsburg’s view did not prevail in that case, and her words came in a dissent. In the 2016 case, which raised similar issues, Williams wrote:

It’s worth pausing to think briefly why so many of our distinguished predecessors have used the terms “humiliating and degrading,” “ignominy,” and “confession of sins” for a mandatory reading—especially by a named perpetrator—not to mention why then‐​Judge Ginsburg acknowledged that an order of this sort “would occasion no surprise in a system in which those who offend against state regulation must confess and repent as a means of self‐​correction, or to educate others.” Id. at 1401. For those familiar with 20th century history, such an order conjures up the system of “criticism‐​self‐​criticism” devised by Stalin and adopted by Mao. “Criticism” generally took the form of an attack on the target by his or her peers at a meeting with fellow workers, spouting claims fed them by powerful members of the Communist party (on pain of themselves being tagged enemies of the people), and then regurgitated by the target (“self‐​criticism”) in the hopes that full confession might avert dispatch to the gulag, torture or execution.

What is the subtext communicated by the sort of scene the Board would mandate? What is communicated to the assembled workers and the perpetrator himself? “You see before you one of your managers, who normally has a responsibility to make important choices as to your work. But who is he? Not merely is he a lawbreaker, but he is a pathetic creature who can be forced to spout lines some government officials have put in his mouth. He is not even a parrot, who can choose when to speak; he is a puppet who speaks on command words that he may well abominate. We have successfully turned him into a pathetic semblance of a human being.” Of course, one may say, here it is just that the mighty have fallen; he was a lawbreaker. But fallen so low? Fallen to a condition that denies his autonomy? Cf. United States v. Gementera, 379 F.3d 596, 611 (9th Cir. 2004) (Hawkins, J., dissenting) (saying that the sole purpose of a sentence requiring a convicted mail thief to stand outside a post office for eight hours wearing a sandwich board stating, “I stole mail. This is my punishment” was “to turn him into a modern day Hester Prynne”).

Liberty was a safer thing with Judge Williams standing guard for it.

This article by Walter Olson was first published by the Cato Institute.