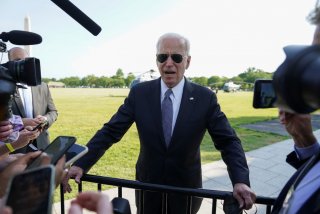 Here's What You Need to Remember: California Gov. Gavin Newsom has pushed for $500 direct payments to immigrant families who don’t have legal status. Undocumented immigrants did not qualify for the three rounds of coronavirus relief provided by the federal government.

California Gov. Gavin Newsom (D) and state legislators approved $600 one-time stimulus payments to low-income residents back in February. Now, middle-class Californians might have a chance at getting state-level relief.

Newsom has proposed another pandemic-related initiative that would send payments to California’s middle class, which would nearly triple the investment to $11.9 billion.

Eligible recipients of the proposed $600 payment must be earning up to $75,000 in adjusted gross income. State officials noted that the expansion of the program, along with the first round of direct payments, would offer financial aid for 66 percent of Californians. Recipients, however, only qualify if they did not receive a payment during the first round of state relief this year.

Newsom has also pushed for an additional $500 check for families with children, as well as $500 direct payments to immigrant families who don’t have legal status. Undocumented immigrants did not qualify for the three rounds of coronavirus relief provided by the federal government.

“It’s the right thing to do,” Newsom said last month. “When the federal government was not able to provide those supports, the state of California will step in to do what we can.”

The measure follows the governor’s first state stimulus initiative in February that provided low-income California residents with nearly $2.3 billion in stimulus payments. Those eligible for the first round of state aid were families that earned less than $30,000 last year and received California’s earned income tax credit for 2020. Also seeing the direct payments were households with individual tax identification numbers and an income below $75,000, households in the CalWORKs program—a program that provides cash aid and services to eligible families with children—recipients of Supplemental Security Income/State Supplementary Payment (SSI/SSP) and recipients of aid through the Cash Assistance Program for Immigrants.

Lawmakers in the state have roughly two weeks to pass a final budget.