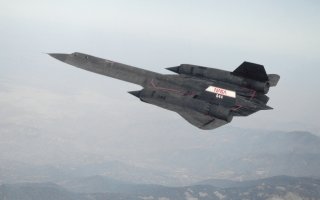 Here's What You Need to Know: The Blackbird will remain the queen of speed for some time to come.

American pilots soon discovered that the Blackbird’s reduced radar cross-section wasn’t an effective defense by itself–Russian-made radars were powerful enough to track the Habu and launch missiles. However, they learned that the SR-71’s speed did work as a defense.