Forget Stealth F-35s: This Missile Revolutionized War in the Sky 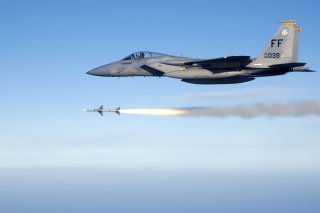 Key Point: With active radar homing missiles, aircraft can be free to maneuver after firing at enemy aircraft.

Charlie Gao studied political and computer science at Grinnell College and is a frequent commentator on defense and national-security issues. This article first appeared in 2018 and is reprinted here due to reader interest.