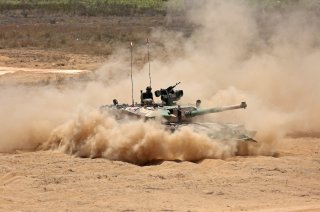 Here's What You Need to Know: The more the tank project dragged on, the more the tank needed to be redesigned to incorporate new technologies. The tank was trapped for decades in a development death spiral, and the end product is correspondingly mediocre.

This article first appeared in 2016 nd is being reprinted for readers.