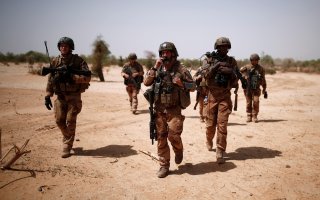 Here's What You Need to Know: French operations continue in Mali.

Years later the fighting continues. Sometimes in dramatic fashion and often involving helicopters, as was the case on June 14, 2019 when militants shot down over Mali an SA342 Gazelle helicopter belonging to Aviation Légère de l'Armée de Terre -- French army aviation.