France's Super Tanks Are Killers for a Reason 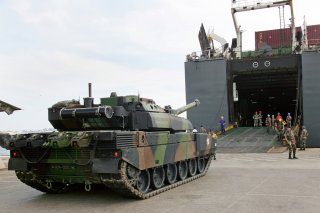 Here’s What You Need to Remember: The comparative effectiveness of modern tank armor is difficult to calculate, but the Leclerc and the M-1 appear to have similar frontal armor, though some critics argue the Leclerc’s frontal plate has more weak points around its sensors. In place of the M-1’s Chobham composite armor, the Leclerc boasts an unusual mix of composite, traditional and reactive armor that is slightly more effective against kinetic penetrators fired by other tanks.

Complicating matters was that Yemen’s military was already engaged in intense counterinsurgency campaign against Al Qaeda militants who had carved out footholds in the countryside.