Free Falling: Russian Paratroopers Are Using Ropes to Jump Out of Helicopters 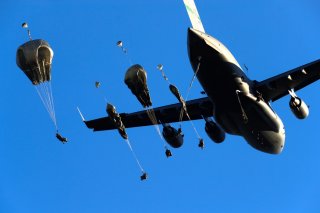 Here's What You Need To Remember: Fast-rope descents are increasingly used around the world by military forces, and while it may look simple it actually requires extensive training as there is no safety line to prevent a solider from falling.