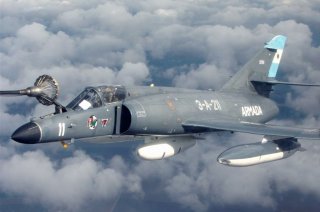 Here's What You Need to Remember: Though the days of the military junta are long gone, the Argentine government still maintains its right to the disputed islands. However, press reports this week appear to signal that Argentina will be accepting a French offer of six upgraded Super Étendards retired from French service.