The Future is Hypersonic and That Should Scare You 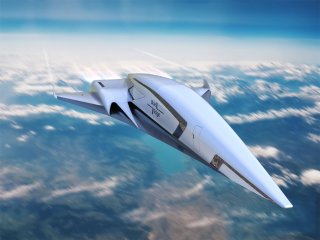 Here's What You Need to Remember: The U.S. Army and U.S. Navy seem to be pushing forwards with their C-HGB-based hypersonic weapons though, under the names Long Range Hypersonic Weapon and Intermediate Range Prompt Conventional Strike, respectively. The C-HGB design is considered to be the “safe” hypersonic development project, as based on earlier hypersonic research.

The Department of Defense Fiscal Year 2021 budget request resulted in a lot of reshuffling among next-generation procurement projects. One of the highest profile cancellations is the US Air Force’s cancellation of the Hypersonic Conventional Strike Weapon (HCSW). The HCSW was one of the “many” hypersonic weapons Trump referred to in his January statement following the Iranian counterstrike. However, in the context of overall military procurement, the HCSW cancellation makes sense. But it also suggests that perhaps hypersonics are not as big of a deal as many media sources have made them out to be.