The Future of Russia's Navy Leads to the Arctic 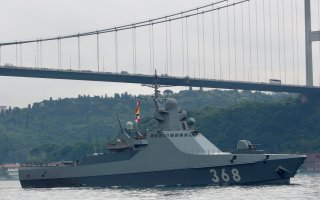 Here's What You Need to Remember: Perhaps the most important part of the eleven-week long mission was for the Russian Navy to show that its warships can operate for such lengths far from Russia’s littoral waters.

Peter Suciu is a Michigan-based writer who has contributed to more than four dozen magazines, newspapers and websites. He is the author of several books on military headgear including A Gallery of Military Headdress. This article is being republished due to reader interest.