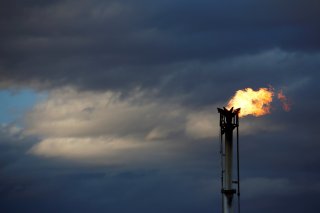 Through the southern reaches of Texas, communities are scattered across a flat landscape of dry brush lands, ranches and agricultural fields. This large rural region near the U.S.-Mexico border is known for its persistent poverty. Over 25% of the families here live in poverty, and many lack access to basic services like water, sewer and primary health care.

This is also home to the Eagle Ford shale, where domestic oil and gas production has boomed. The Eagle Ford is widely considered the most profitable U.S. shale play, producing more than 1.2 million barrels of oil daily in 2019, up from fewer than 350,000 barrels per day just a decade earlier.

The rapid production growth here has not led to substantial shared economic benefits at the local level, however.

Low-income communities and communities of color here bear the brunt of the energy industry’s pollution, our research shows. And we now know those risks also extend to the unborn. Our latest study documents how women living near gas flaring sites have significantly higher risks of giving birth prematurely than others, and that this risk falls mainly on Latina women.

Many low-income residents and seniors living in the Eagle Ford shale believe the wastes from energy production – including disposal wells for oil production wastewater and gas flaring – are harming their communities.

In our research in the region as professors of environmental health and preventive medicine, we have shown how poor communities and communities of color bear more of the burden of these wastes.

It happens with fracking wastewater disposal wells, where “flowback” water from fracked wells containing toxic chemicals is injected back into the ground. Disposal wells bring new truck traffic to neighborhoods and may contaminate groundwater. In a study in 2016, we found these disposal wells were disproportionately in high-poverty areas in the region. They were also more than twice as common in areas where the population was more than 80% people of color than in majority-white areas.

These communities also bear more of the burden of gas flaring, the highly visible practice of burning off waste gas during oil production. Flaring releases greenhouse gases and hazardous air pollutants, including particulate matter, black carbon, benzene and hydrogen sulfide, pollutants that have been linked to respiratory and cardiovascular problems. We found areas with majority Hispanic populations were exposed to twice as many nightly flares as those with few Hispanics.

Flares are so common in the Eagle Ford shale that they are visible from space.

In our latest study, we used satellite observations and Texas birth records for more than 23,000 births in the region to study connections between flaring and health in pregnant women. We found that women who lived in areas where flaring is common had 50% higher odds of giving birth prematurely than those with no flaring within three miles of their homes.

Preterm birth can be life-threatening, especially for babies born very early, who typically have difficulty feeding and breathing and require special medical care. Being born prematurely can also cause long-term health problems, including hearing loss, neurological disorders and asthma.

The increased risk we found associated with flaring was similar to the increased risk others have seen for women who smoke during pregnancy. This risk fell almost entirely on Latina women, who were exposed to more flaring than white women. In all, about 14% of babies whose mothers lived within three miles of flaring and were exposed to at least 10 flares were born prematurely.

While women in the region also face other stressors related to poverty, health and racism, we think flaring may impact preterm birth for those living closest by exposing them to air pollutants, which research has shown are associated with preterm births.

Together, our work points to longstanding issues of environmental racism in rural energy extraction communities in the U.S.

Environmental Justice and the Urban-Rural Divide

Rural America is often singled out by locally unwanted industries. The rural policy scholar Celia Carroll Jones put it this way: “For the majority of Americans who live in metropolitan areas, rural dumping becomes a logical choice: Undeveloped land is inexpensive and available, fewer residents will be harmed should containment measures fail, and, most importantly, nuisances and dangers are removed from their own neighborhoods.”

It isn’t just the energy industry. Urban human and industrial solid waste, a byproduct of wastewater treatment plants, is frequently disposed of on rural land. Touted as fertilizer, this sewage sludge contains mixtures of chemical and biological contaminants. Residents complain of symptoms like mucous membrane irritation, respiratory distress, headaches and skin rashes when sewage sludge is being applied to land.

In Decatur, Alabama, where about 20% of the population lives in poverty, contaminated sludge was applied to land used for cattle grazing and crops. This resulted in detectable levels of toxic perflourinated compounds in soil, grass, beef and groundwater in the area.

This pattern extends to our food production systems. For example, the industrialization of hog production has led to the concentration of numerous biological and chemical pollutants that threaten environmental quality. The health impacts are concentrated disproportionately in Black communities in rural eastern North Carolina. Industrial hog operations have been linked to asthma, higher blood pressure and greater risk of premature death.

These examples illustrate a larger pattern of environmental injustice that characterizes relationships between urban areas that create waste and rural areas that receive that waste.

This undermines health in communities that are already at higher risk, as our research has shown. Ultimately, it also undermines progress toward more sustainable energy and food supplies, because the people who use the most energy and agriculture products don’t experience the health impacts of their production and waste.