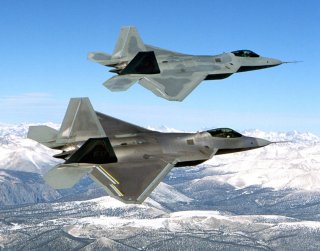 Here's what you need to remember: To add to the F-22 Raptor's long list of accolades, it once shielded a large school of honey bees.