Germany's Type 212 Submarine May Be the Quietest in the World 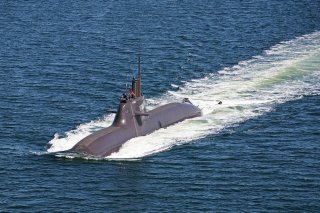 Here's What You Need To Remember: The current generation of German Bundesmarine submarines is the Type-212A (aka U-212A), a submarine that earned a reputation as a reliable and advanced submarine.