Germany's Type 212 Submarines May Be Small, But They Are Ready To Deter Russia 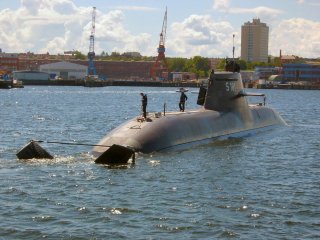 Here's What You Need To Remember: Admittedly, all of the small German submarines may seem to have unimpressive speed, endurance and weapons loads, compared to larger nuclear-powered American and Russians submarines, which can sustain well over twenty-five miles per hour submerged for three months while carrying dozens of weapons.

This article first appeared in January 2017 and is being republished due to reader's interest.