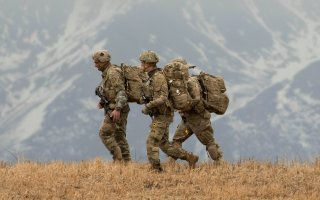 Here's What You Need to Know: Radar has become an integral part of ground warfare.

"Radar absorbing and shielding technology has attracted a growing interest due to the recent advances in enemy electronic warfare and detection capabilities, leaving U.S. forces, especially infantry forces, vulnerable to detection across the electromagnetic spectrum," according to a 2018 Army research solicitation. "Advanced battlefield and ground surveillance radar (BSR/GSR) are readily available in military markets that are highly effective, portable, and automated for large area monitoring."