The Glock 20 Gives You More of Everything—Except Secrecy 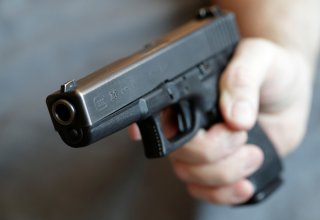 Here's What You Need to Remember: Seeking to maintain their foothold in the U.S. market, Glock rushed to release the Glock 20 in 1991 shortly after the FBI’s official adoption of the 10mm caliber.