The Glock 26 Excels at Being Several Handguns in One 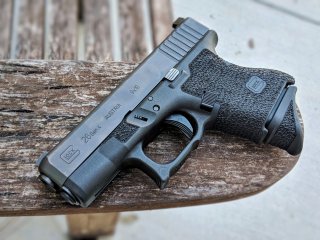 Here's What You Need to Know: The Glock 26 is actually several handguns in one. At its core it is a subcompact pistol with a larger than average magazine capacity. Alternately, it is a handgun with a standard seventeen-round magazine capacity.