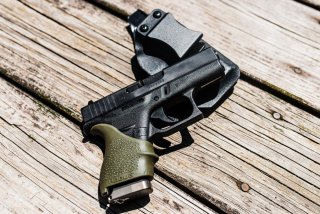 Here's What You Need to Remember: The smallest Glock, it is also suitable for whom concealability is a major purchase factor. While not for everyone, the combination of Glock’s pistol platform and John Browning’s small automatic caliber is still a compelling choice for users who combine both skill and discretion.