The Glock 43 Excels As A Subcompact Handgun. Here's Why. 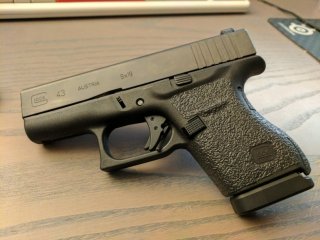 Here's What You Need To Remember: Concealed-carry handguns are highly specialized handguns with one mission: actively defend the user until the user is clear of the threat or the threat is eliminated. In situations with other guns present, their limitations make them purely defensive in nature. A concealed-carry handgun owner needs a pistol that can squeeze as much performance out of a small and unobtrusive package as possible. The Glock 43 is one example of such a pistol.