The Glock 44 Will Complete Your Lineup of Pistols 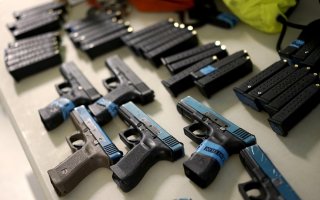 Here's What You Need to Know: The Glock 44 is cool to have around and it completes my Glock collection, but other than that it’s one of those guns that you just pick up for fun.