Going Rogue In Asia: Turkey Is Dragging NATO Into Another Conflict 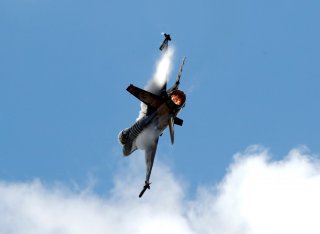 This week, armed clashes erupted between the forces of Armenia and Azerbaijan, exacerbating already serious tensions in the Caucasus. The underlying reason for the latest incident is the long‐​standing struggle between the two countries for control of Ngorno‐​Karabakh. That ethnically Armenian region is legally part of Azerbaijan, but Armenia assumes responsibility for guaranteeing the minority enclave’s self‐​declared political independence. The inherently unstable arrangement has led to several previous outbreaks of violence over the past three decades, but the latest incident seems especially serious. Both countries have declared martial law and commenced full military mobilization. “We are a step away from a large‐​scale war,” warns Olesya Vartanyan of the International Crisis Group, an NGO focused on preventing and resolving deadly conflicts.

The default assumption of most Americans might be that this obscure dispute is a parochial spat that has little or no relevance to the interests of the United States, and normally that would be the case. However, fellow NATO member Turkey has injected itself into the conflict, declaring its “complete support” for Azerbaijan and placing total blame on Armenia for the fighting. Armenian Prime Minister Nikol Pashinyan criticized Turkey for its “aggressive behavior” and demanded that the Turks stay out of the matter. Since Turkey is a much larger power than either Armenia or Azerbaijan, its direct involvement would signal a major expansion of the conflict.

Ankara’s declaration especially creates the danger of a showdown between Turkey and Russia, since Moscow regards Armenia as a client, if not an outright protectorate. The mere possibility of an armed confrontation between a NATO member and Russia is cause for alarm, since Article 5 of the North Atlantic Treaty considers an attack on any alliance member as an attack on all. A military incident between Turkey and Russia would require the United States to sort‐​out which party was guilty of aggression, and if it appeared that Moscow had initiated the clash, Washington would have an obligation to come to Turkey’s defense.

A responsible member of NATO would be cautious about putting its security partners in such a position. But Turkey, under the government of President Recep Tayyip Erdogan, is an increasingly volatile and irresponsible international actor. Thanks to Ankara’s recent behavior in the eastern Mediterranean, NATO’s old nightmare of a war between Greece and Turkey has resurfaced as a prominent worry for the Alliance. Erdogan’s regime also is engaging in high‐​profile meddling in Libya’s civil war—again adopting a stance that puts Turkish strategy in direct opposition to the faction that Russia is backing.

Both Ankara and Moscow can be faulted for their conduct in Libya, but Turkey is clearly the more disruptive player in the Caucasus. The Kremlin is urging both Armenia and Azerbaijan to de‐​escalate the fighting, and Russian Foreign Minister Sergei Lavrov is attempting to play the role of mediator. Erdogan’s government, on the other hand, appears determined to back Azerbaijan, even if that stance leads to an expanded and more deadly war.

The United States and other leading NATO powers need to send Erdogan a blunt message that they have no intention of allowing themselves to become entangled in a conflict with Russia over a chronic dispute between a Turkish client state and its long‐​time regional adversary. This latest problem also would be a good occasion to emphasize to Ankara that its disruptive behavior toward Greece, its ill‐​advised meddling in Libya, and now its destabilizing role in the Caucasus is making it difficult—if not impossible—to regard Turkey as a NATO member in good standing.

As I’ve written elsewhere, the entire rationale for the United States to continue its obligation to defend more than two‐​dozen NATO allies, including strategically irrelevant mini‐​states, makes less and less sense in the twenty‐​first century. But being obligated to defend an “ally” that seems determined to create more, rather than less, international turmoil is the essence of folly. Turkey’s disruptive behavior in the Caucasus is just the latest reason for U.S. leaders to downgrade America’s relationship with that country.