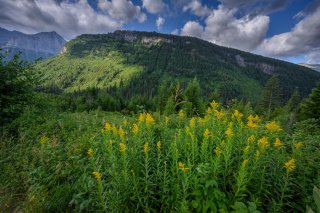 Refusal of vaccines, climate change denial, the spread of coronavirus, dangerous drug use – all can be linked to the rapid spread of misinformation over the internet. Our recently published study now adds a biological invasion to the list: Canadian goldenrod, a weed used to make a much-sought after honey.

Besides ecological harm, biological invasions also cause economic harm. In the United States alone, the cost of invasive species is estimated to be billions of dollars annually, impacting agriculture, property values, fisheries and more.

History shows that a lack of understanding about a species which leads to unintended consequences isn’t new. The non-native Nile perch wreaked havoc in Lake Victoria’s ecosystem decades after being introduced in the 1950s, most likely with a view to benefit the fishing industry. Japan still suffers a raccoon pest problem after a 1970s children’s television cartoon show inspired families to import racoons as pets. But the ease of spreading incomplete, or false, information via the internet magnifies the risk of far more devastating consequences.

In our study, the first to research the impact of online misinformation on biological invasions, we looked at Canadian goldenrod (Solidago canadensis), an incredibly harmful weed due to its tendency to crowd out other plant species, thereby reducing biodiversity. Goldenrod has a high growth rate, and light, wind-dispersed seeds. It also changes soil properties by releasing chemical substances into the soil which impact on other plants. Goldenrod is a herbaceous plant that produces plumes of fluffy yellow flowers in the summer. It is native to North America, but has now spread well beyond. The plant grows rapidly, and takes particular advantage of human modified habitats in urban and agricultural environments.

Many online stores and natural remedies websites and blogs tout goldenrod honey as a “superfood” for kidney disease or as beneficial in treating other ailments, from colds to the circulatory system to bad skin. We examined the scientific literature and found no proof that goldenrod honey improves health or cures any disease.

Our research shows these scientifically unsupported claims have indeed spread faster and farther with the rise of social media and the internet. For example, Google search records from Poland show only a handful of searches (in Polish) for “goldenrod honey kidney” and “what goldenrod honey cures” in 2002, but 14,200 and 18,500 searches respectively in 2019.

The spread of this misinformation has led to an increased demand for goldenrod honey, resulting in higher prices. From 2008-2018, we found that the availability and price of goldenrod honey rose sharply – from about £5 to £12 per kilogram – mirroring the rise we documented in searches for its purported health benefits. Goldenrod honey is sold online in 37 countries where goldenrod is not native, as far afield as Australia, New Zealand and South Africa.

Across 13 countries where Canadian goldenrod is considered invasive, we counted about 150,000 web pages with information on how to plant goldenrod for bees. In Poland we found more than 20,000 such web pages; especially popular is information about planting along rivers and railways, and in meadows and abandoned fields. Planting in these natural and semi-natural habitats is concerning because these areas are typically rich in plant and pollinator biodiversity. In addition, flooding rivers further spread this invasive species.

Laws against the import of alien invasive species seeds and seedlings do not stop beekeepers from purchasing and planting them. Canadian goldenrod is sold on platforms like Amazon, eBay and Etsy, even in countries where import is illegal, such as Australia and New Zealand.

Harm to farmers, flora, and fauna

For farmers and landowners, controlling goldenrod is costly. One study estimated that to remove Canadian goldenrod stands from 130,000 hectares in south-west Poland would cost more than £25 million.

Studies show multiple species of pollinators, birds and ants rely on the species crowded out by non-native goldenrod.

We found that, ironically, planting Canadian goldenrod is detrimental to honeybees. Because Canadian goldenrod tends to quickly dominate the vegetation, nectar and pollen resources for honeybees decrease by 90% outside of late summer and autumn, when goldenrod flowers. This reduction in plant diversity therefore causes poor honeybee nutrition. In an experiment, we found worker honeybees fed only goldenrod honey had ten times lower survival probability than bees fed a mixed flower honey or sugar water diet.

To protect biodiversity, we believe that, outside North America, governments should review and update laws to explicitly ban the Canadian goldenrod trade. Many countries – including Germany, Poland, France, Slovenia, Hungary, the Czech Republic, Slovakia, Austria and the United Kingdom – have laws aimed at controlling invasive species. In the same countries, scientists and government agencies consider Canadian goldenrod invasive. However, legislation doesn’t seem to have kept up with scientific advice as it doesn’t currently cover Canadian goldenrod. Seeds and seedlings are legally traded in these countries.

Governmental agencies and horticultural societies can help by increasing and promoting scientifically based guidance to the public. Circulating better information about invasive species and their environmental impacts can help beekeepers and consumers make better individual decisions that help – not harm – the environment.