The Good, Bad, and Experimental: These 5 Warships Changed Navies 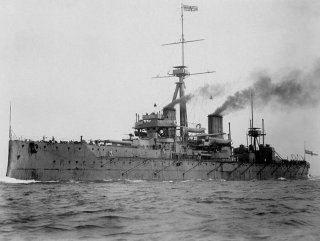 Here's What You Need to Remember: Because of their experimental nature, almost all such ships are superseded in short order by vessels that incorporate lessons learned. Napoleon was hopelessly outclassed within a decade; Dreadnought left service in twelve years; Nautilus compared poorly with her immediate successors; Furious was small relative to the big carriers of the interwar period; and Monitor sank in a storm.

Earlier this week the Zumwalt (DDG-1000) began sea trials. The first of a probable three ships, Zumwalt once represented the future of U.S. naval surface warfare. Budget shortfalls, changed priorities and predictable cost overruns cut the projected purchase from a fleet-sustaining thirty-two units to an experimental trio of ships.

Robert Farley, a frequent contributor to the National Interest, is author of The Battleship Book. He serves as a Senior Lecturer at the Patterson School of Diplomacy and International Commerce at the University of Kentucky. His work includes military doctrine, national security, and maritime affairs. He blogs at Lawyers, Guns and Money and Information Dissemination and The Diplomat. This article first appeared several years ago.