The Good, The Bad, The Biden: What is in the New President’s Immigration Plan? 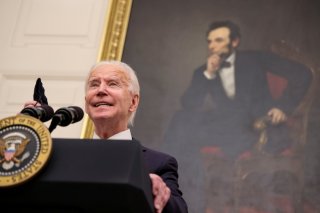 Recent news reports suggest that Joe Biden will propose a series of immigration bills for Congress to consider early in his administration. The bill with the most details reported so far would legalize the roughly 11 million illegal immigrants currently living in the United States. According to the quick news summaries of the possible bill, it is a simple legalization that would grant lawful status, the ability to earn a green card in five years, and citizenship in an additional three to virtually all illegal immigrants currently living in the United States. That is a vastly simpler and cheaper way for illegal immigrants to legalize compared to the expensive and complex schemes of earlier failed reform efforts.

The good part about this bill is that mass legalization would be very positive for the United States. The United States would benefit from quickly legalizing illegal immigrants who aren’t real criminals and putting them on a path toward permanent residency and citizenship. In the short run, many opponents of immigration will be upset, but the vast reduction in the population of illegal immigrants and their successful assimilation will reduce social perceptions of chaos and increase the perception that the government has immigration firmly under control, all long term benefits for the immigration debate and the country as a whole.

The bigger potential effects could be on the government’s finances. Illegal immigrants have limited access to few means‐​tested welfare programs but they already have access to public education. Legalization will increase their access to these programs once they naturalize, but it won’t increase their access to the most expensive outlays like public education. At the same time, their wages will also increase due to legalization and their U.S.-born children will have much higher levels of education and, thus, will likely pay more in taxes than receive in benefits. Therefore, it’s unclear what the net‐​fiscal impact would be and it depends on the time‐​horizon for analyzing those effects.

The good political part of this bill is that Democrats are finally playing hardball on immigration as they will not be presenting legislation already laden with compromised positions. Instead, they will start with a cleaner and simpler bill and then ask what other senators and congressmen need to get on board, which will no doubt be a lot of expensive security signaling along the border. Also, Democrats have finally learned that any pro‐​immigration piece of legislation that they introduce will immediately be called “amnesty” by its opponents, so there isn’t a political downside to introducing a real amnesty. After all, what are proponents going to say? “This time it’s a REAL amnesty” doesn’t carry the same weight.

The policy downside of this bill is huge because it has no chance of becoming law in its current reported form. Moderate Democrats like Senators Joe Manchin and Kyrsten Sinema aren’t likely to support it, to say nothing of the ten Republican senators necessary to pass it. A more moderate legalization is obviously better than no legalization at all. One lesson I’ve learned over the years is that we should be less strategic when thinking about immigration reform – if there is an opportunity to legalize some people or expand legal immigration then pro‐​immigration politicians must seize it at that moment rather than trying to think of how doing so makes passing other immigration reforms more difficult. Nobody knows the answer to the long term political consequences, they never have, and we should all stop pretending that we do and instead support policies that we know will be good when we can.

If the hypothesized Biden bill fails then it would also open up other possibilities. Politically, it would be a marker bill that shows where the Democratic Party stands and would be a starting point for future negotiations. That probably doesn’t have much value, but that’s the conventional strategic wisdom that I just told you to disregard in the previous paragraph.

More important is that a failure to legalize illegal immigrants in Congress will give more of a political justification for a Biden administration to take sweeping executive actions to legalize all illegal immigrants by granting them Temporary Protected Status (TPS). Under current statute, a president has the power to grant TPS to any immigrant in the United States if their home country faces a disaster.

Importantly, the statute explicitly mentions “epidemic” as such a disaster, and since all countries are suffering from COVID-19, then‐​President Biden could grant all illegal immigrants TPS. Immigration attorney and former deputy assistant attorney general for the Office of Immigration Litigation at the U.S. Department of Justice’s civil division Leon Fresco thinks this will be legally sound, and he’s probably correct. A universal grant of TPS could be undone by a future president but, at minimum, it would allow some current illegal immigrants to adjust their status to a green card and thus shrink the pool of illegal immigrants.

The major structural legal change to the immigration system under Trump is that the President now has the power to stop all legal immigration from abroad for any reason. The failure of the immigration legalization bill in Congress would allow Biden to test the power of the president to at least legalize illegal immigrants using broad existing statutory authority. Beyond that, there are many smaller actions that Biden could follow that will reduce the illegal immigrant population as detailed here by my colleague David Bier. No president should be making policy by executive decree but no president is likely to give up the power that Congress unwisely granted it, so you should expect many executive and agency actions from Biden here.

Other Legalization Ideas that Congress Should Consider

There are many ways to legalize illegal immigrants. One reform that should be included in the bill regardless of anything else is a rolling legalization that would allow long‐​term illegal immigrant residents and lawful residents without green cards to be granted green cards on an ongoing basis without an application cutoff date and based entirely on how long they’ve resided here without committing any crimes. We proposed just such a reform here based on a portion of British immigration law. This will reduce the potential for the illegal immigrant population to grow in the future.

The Biden administration has a lot of work ahead of it to undo the large number of immigration executive actions implemented by the Trump administration. Much of that work won’t earn headlines but it will be important for creating a better immigration system. On top of that, it’s heartening to see the Biden administration getting ready to hit the ground running even if their first bill has virtually no chance of becoming law as it is currently envisioned.