Good Idea or Not? Pushing the Pell Grant into the Prisons 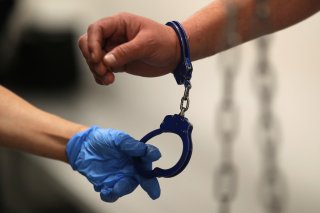 While the nation has been glued recently to wall-to-wall coverage of COVID-19, the Democratic and Republican conventions, and the protests across American cities, one item that has received little attention is a July 31 vote in the US House of Representatives that has the potential to change the landscape of higher education for incarcerated adults if enacted into law. As part of a $1.3 trillion federal spending package, the House approved H.R. 7617 by a 217-197 vote to fund the federal government. In particular, the legislation would provide $73.5 billion to the US Department of Education. This is a $716 million increase above the amount in fiscal year 2020.

Within the education section is an allotted sum of $24.6 billion in financial aid for higher education students, which includes a policy provision that qualifies incarcerated adults for a Pell Grant:

“SEC. 315. (a) Notwithstanding section 401(b)(6) of 17 the HEA, a Federal Pell Grant under section 401 of the 18 HEA may be awarded to an incarcerated individual (or on behalf of such individual) for each academic year during which that individual is enrolled at an eligible institution that meets the criteria described in subsection (b).”

Why, then, is the inclusion of this language important?

Many people in the United States remain unaware of the ways in which the “tough on crime” laws of the 1990s are still interwoven throughout the system and influence criminal justice and education policies decades later. Incarcerated adults have remained ineligible for Pell Grants since the enactment of the Crime Control and Law Enforcement Act of 1994 signed into law by President Bill Clinton. Some steps have been taken to address this exclusion in recent years, starting with the Second Chance Pell Experimental Sites Initiative made possible through President Obama’s executive action in 2015. His leadership was the catalyst that created the inaugural cohort of colleges and universities that offered certificates, credentials, and degrees to people in prison. President Donald Trump’s administration has continued funding the initiative, and on April 24, 2020, the Department of Education announced the second cohort of colleges and universities that opted to join the initiative. Currently, a very small percentage of incarcerated adults are eligible to use a Pell Grant to pay for education at 130 colleges and universities in 42 states and the District of Columbia.

Many higher education organizations openly support allowing incarcerated people to access a Pell Grant to fund their academic pursuits. For example, Julie Ajinkya, vice president of applied research at the Institute for Higher Education Policy recently said, “We thank the House of Representatives for taking a critical step to restore Pell Grant eligibility for students who are incarcerated.”

Research points to the promising impact of studying while in prison. For instance, when incarcerated men and women participate in workforce and education programs, they are approximately 48 percent less likely to return to prison than those who do not. Research also notes the important role higher education scholars and administrators play in ensuring that incarcerated people are prepared to reenter society.

For participants in the initiative, a snapshot of the first three years shows that 17,000 people have enrolled in Second Chance Pell colleges, and students have earned more than 4,500 certificates, postsecondary diplomas, associate’s degrees, and bachelor’s degrees. In addition to research, family members have shared stories about the impact the program has on them and their loved one.

Research and testimonies are important, but Congress is in the driver’s seat when it comes to who is, and who is not, eligible to receive a Pell Grant to pay for postsecondary education.

Although the legislation passed the House, how the votes played out is nuanced as it relates to higher education for the incarcerated. In terms of party politics in Congress, the House approved H.R. 7617 with 217 “yes” votes — all Democrats — over 197 “no” votes from 184 Republicans, 12 Democrats, and 1 Independent. The party-line vote for this legislation is not based solely on the Pell Grant eligibility language for the incarcerated. Far from it. Bipartisan support for lifting the federal ban on Pell Grants for the incarcerated exists in both chambers. Support also exists with stakeholders in the corrections, business, and faith communities.

As lawmakers return to Washington next week to address economic and K-20 educational challenges caused by COVID-19, I hope that the education for those behind bars remains a bipartisan issue.

This article was first published by the American Enterprise Institute in August.