Good Luck: The A-10 Warthog Is Pointing Its Guns at Naval Vessels 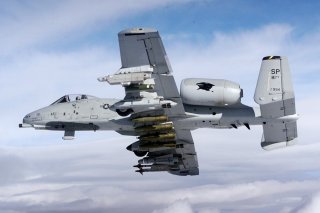 Here's What You Need To Remember: The radar-less A-10 is capable of fighting at sea, provided some other plane does the sensor work. Warthogs gunned enemy patrol boats during the NATO intervention in Libya in 2011. And 27 years earlier in 1984, the late novelist Tom Clancy described A-10s taking on the Soviet navy in his classic technothriller The Hunt for Red October.