Good Luck Or Bad? This Man Survived The Nuclear Attacks On Both Hiroshima And Nagasaki 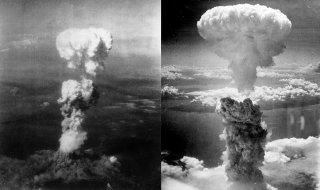 Here's What You Need To Remember: While he slowly recovered from his wounds and was deaf in one ear, he lived until the age of ninety-three. He passed away peacefully in the city of his birth, Nagasaki. In the years between the bombings and his death he worked for American occupation forces, became a teacher and even returned to work at Mitsubishi.

According to reports there may have been as many 165 twice-bombed people—known as "nijyuu hibakusha"—but Tsutomu is the only one to be officially acknowledged.

Image: People pray for victims of the 1945 atomic bombing in front of the Peace Statue on a day commemorating the 73rd anniversary of the bombing at Nagasaki's Peace Park​. Reuters.