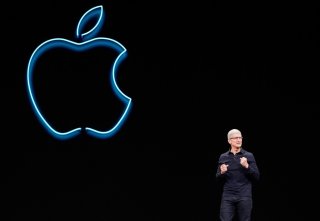 Google’s payments to Apple to promote its search engine in iPhones, iPads and Mac computers are at the center of the Department of Justice’s antitrust lawsuit against the tech giant.

The suit alleges this creates a “continuous and self-reinforcing cycle of monopolization” by limiting which search engines consumers can use.

But as someone who studies platform markets, competition and industry structure, I believe the agreement seems more like a damning indictment of Apple’s own potentially illegal business practices.

The Department of Justice alleges that Google pays Apple and other device-makers to set its search engine as the default “on billions of mobile devices and computers worldwide,” thus controlling how users access the internet.

It’s true, Google is dominant in search, which accounted for an estimated 83% of parent company Alphabet’s revenue in 2019.

But about half of Google’s search traffic originates from Apple devices. If Apple were to replace Google with an alternative default search engine on its devices, I estimate that Google could lose US$30 billion to $40 billion in annual revenue, assuming most users didn’t change the setting back to Google.

Even if Apple didn’t pick a default and pushed the search engine choice to users, it would still have to create a list of possibilities. Research on search and airline tickets has shown that consumers overwhelmingly tend to pick whatever is at the top of the list, meaning Apple would still wield significant power over user choice.

Because of this, Google clearly has a powerful motive to keep its search engine as the default choice.

Why Apple would pick Google anyway

Apple’s role as the gateway to billions of searches is the critical factor here.

Consider an Apple executive preparing the iPhone or another device for launch, choosing whether to set a default search engine and, if so, which one to pick. Presumably, there are two key factors: costs and customer satisfaction.

The cost to Apple of presetting a default search engine is negligible, just a few lines of code. Without a default, consumers would need to set it themselves or type google.com or bing.com themselves to conduct a search, as opposed to the common practice of typing a search term in the URL field.

To prevent this user inconvenience, Apple would be best off presetting a search engine that was, ideally, the preferred choice of most users. The question then is: What would they prefer?

Google became synonymous with search since its founding in 1998 not simply due to its dominance – and payments to browser companies over the years – but because users found the results of its algorithm and simple interface superior to the competition. And Google continues to score high marks with consumers in satisfaction surveys.

If Apple product managers were to preset one default search engine in order to maximize user satisfaction, they would probably pick Google anyway.

So why would Google pay Apple $8 billion to $12 billion a year?

In my view, it comes down to the the fear of being supplanted by a rival search engine if it stopped paying the fee. Apple has done this to Google before.

The iPhone used to come preloaded with two Google apps: Maps and YouTube. In 2012, Apple kicked both off its devices as the two companies began to compete more aggressively with one another, requiring consumers to download the apps if they wanted to use them.

From a game theory perspective, a credible threat or perception of one could be enough to ensure continued compliance.

Since at least 2014 – around when the first Apple-Google partnership on preset default occurred – Apple has dominated mobile web traffic. This power gives Apple, as a platform providing access to users, the leverage it needs to charge and potentially extort a rent – in economic parlance – for a product design decision that it would have likely chosen on its own. This could violate antitrust law, though Apple would likely argue it’s merely monetizing a resource it built.

It all comes down to the platform

Platforms provide the technological and economic infrastructure and set the rules participants must abide by.

This gives them significant power as the access point to potentially massive numbers of users, which has been the core issue underlying past antitrust actions against major tech companies such as Microsoft in the late 1990s.

While the Department of Justice lawsuit does have a strong case against Google in other areas, it seems like the part about the Google-Apple partnership should be more directed toward the company that actually controls the access to consumers.

And with new reports that Apple is planning to develop its own search engine, the government’s desired remedy in its lawsuit – the end of the partnership and the Google default – may happen anyway, making the case mostly moot.