The Government Could Put You On the No-Fly List. Can You Do Anything About It? 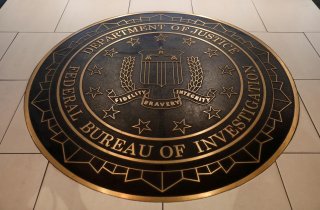 Placement on the FBI’s Terrorist Screening Database (the “Watchlist”) is never a good thing. For 23 Muslim‐​American litigants, among thousands of others listed, it means reduced employment opportunities, potential arrest and detention, and, most notoriously, severe limitations on their freedom to travel by air. The government insists it doesn’t need court approval before placing someone on the Watchlist, and that those listed cannot even sue for their removal. A federal district court in Virginia disagreed, holding that the plaintiffs didn’t receive enough due process. The government appealed. Cato has joined the Rutherford Institute on a brief supporting the challengers and asking the U.S. Court of Appeals for the Fourth Circuit to affirm the lower court’s ruling.

As the nation experiences state and local lockdowns in response to a pandemic and protests against police misconduct, more of us are waking up to the drawbacks of unquestioned deference to the wisdom of law enforcement. Indeed, the Watchlist is hardly the first instance in which the government has asked us for blind trust. In times of crisis, especially, the governments at all levels ask us to defer to their apparent wisdom on questions of national security.

The problem, of course, is that such powers, once acquired, often hold firm, even years after the instigating emergency has passed. The judiciary should at all times check officials’ self‐​proclaimed knowledge of what is in our best interest. Our history shows that government regularly overreaches when its powers go unchecked by judicial review. Modern sensibilities do not change the essential truth that power, once gained, is not so readily relinquished.

Official power grabs by the post‐​9/​11 national security establishment are no less dangerous than those made in earlier times, under the Alien and Sedition Acts of 1798, during the Civil War, or through the Espionage Act of 1917. If anything, modern technological capabilities make the phenomenon more dangerous than ever. And the Watchlist—a product of the War on Terror—is perhaps the best example of this. It makes it effortlessly simple for law enforcement to identify individuals for extra, often unwarranted, attention, most of whom have no opportunity to petition a court to prevent or reverse their being listed.

Judicial review does not only ensure that the process of including people on the Watchlist is constitutional. Daylight also compels the list‐​keepers to make more accurate choices; to exclude people from the list for whom there is no justifiable reason to include. Anybody could have the misfortune of being mistakenly placed on a government watchlist, and the consequences are severe.

To avoid these severe consequences and other injustices resulting from ill‐​considered inclusions on the Watchlist, it is vital that the judiciary maintain its role in protecting basic freedoms. While some deference to the government’s wisdom on matters of national security is appropriate—we don’t want courts second‐​guessing generals on the battlefield—invoking national security doesn’t grant authorities a blank check that can never be reviewed, let alone revoked.

This article by Ilya Shapiro and Sam Spiegelman first appeared in CATO on June 1, 2020.