Is the Government Getting Unemployment Numbers Dangerously Wrong? 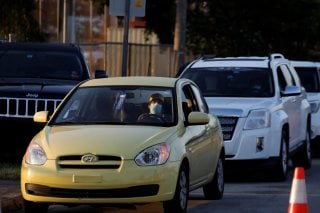 This is particularly important, as policymakers are now considering making changes to or extending unemployment benefits. That is why policymakers need accurate, understandable unemployment information more than ever.

In each of the past three months’ employment reports, the bureau has included a coronavirus impact statement at the end of the report. This month, the statement included a note that unemployment rate would have been about 3 percentage points higher—16.3% instead of the reported 13.3%—were it not for a “misclassification error.”

Similar errors and warnings were included in the March and April reports.

While the direction of change is clear in both cases (with a steep increase in unemployment in April and a noticeable decline in May), it is important that policymakers understand what these different figure actually represent before they consider changes to unemployment benefits.

To untangle the confusion between the different measures, a little background on how the Bureau of Labor Statistics collects data is necessary.

The bureau’s measure of the unemployment rate is based on a survey of about 60,000 households. The surveyors classify individuals as either “employed,” “unemployed,” or “not in the labor force,” depending on their answers to a series of questions.

Normally, individuals who are employed but absent from work—such as workers who are on paid or unpaid leave, on vacation, or are subject to a scheduled plant closure, along with certain seasonal but salaried workers—are counted as employed.

Beginning in March, however, the bureau instructed surveyors to instead count individuals who are employed but absent from work as unemployed. Conjecturally, the reasoning may have been that workers who are not performing work (for reasons other than planned absences) are more like the unemployed than the employed.

On the other hand, employed but absent workers are most likely receiving regular paychecks, characteristic of employed but not unemployed workers.

Yet, the bureau reports that despite its instruction to change this classification, many employed but absent from work individuals are still being reported as employed despite the changed instructions given to surveyors. Thus, the official unemployment rate has appeared lower than it would under the new, intended classification.

It’s likely that many of the individuals who reported being “employed but absent from work” were recipients of federal governmental supports aimed at keeping workers formally employed (even if they aren’t actually working). The support may have been from newly available government-mandated, paid family and sick leave benefits, or the Paycheck Protection Program.

As of June 4, the Paycheck Protection Program has disbursed $510 billion in funds to about 4.5 million small businesses and self-employed individuals.

While we don’t know how many workers are using the newly available paid family and sick leave benefits, the figures could be significant as they are available to many parents of young children whose schools and child care programs have been closed.

While more work is still ahead and the labor market will not rebound as quickly as it declined, the May job figures—including both measures of unemployment—represent significant improvement due to loosening economic restrictions and the willingness of Americans to reengage in their communities and employment.

Instead of pushing for policies that incentivize unemployment, lawmakers should look to solutions that will foster employment opportunities, such as reducing licensing and regulations that limit work options, creating a safe harbor of liability protection for businesses and workers who follow Centers for Disease Control and Prevention guidance in good faith, and eliminating barriers to entrepreneurship and investment.

This article by Rachel Greszler first appeared in The Daily Signal on June 16, 2020.