GPS Jamming: Can NATO Defeat This Russian Weapon in the Arctic? 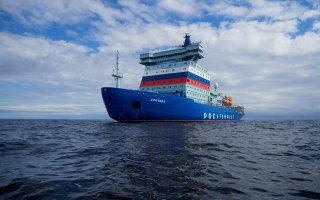 Here's What You Need to Know: For Russia, proliferating a proprietary satellite navigation technology is yet another way to secure a competitive edge in the Arctic region.

Mark Episkopos is a frequent contributor to The National Interest. Mark is also a Ph.D. student in History at American University.