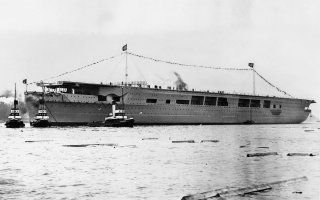 Key Point: Had it been completed, the Graf Zeppelin could have thrown a wrench into Allied naval warfighting plans.

Robert Farley, a frequent contributor to TNI, is author of The Battleship Book. This article first appeared several years ago and is reprinted due to reader interest.