The Gray-Zone: Countering China in the South China Sea Will Be Difficult 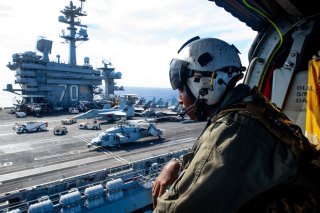 Here’s What You Need to Remember: In short, the defenders of the status quo must think in shades of gray and must accustom themselves to acting in the twilight between peace and war. To do any less would concede to China the initiative—and the future shape of the regional order.