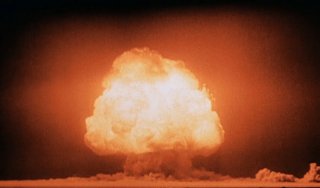 Here's What You Need To Remember: In the event of a Soviet invasion, tunnels and bridges all over Europe would have been blown up. But the Chunnel is a railroad tunnel thirty-one miles long (the underwater portion alone is 23.5 miles), leading to fears that conventional explosives wouldn’t be enough.