This Grenade Launcher Was Built to Kill Enemies Behind Cover 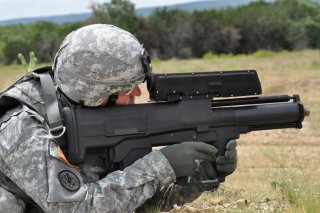 Here's What You Need to Remember:  The capability to engage enemy troops behind cover is useful but anything that does that and nothing else is impractical from an infantryman’s perspective and an expensive niche weapon unaffordable even by the U.S. Army.

Kyle Mizokami is a writer based in San Francisco who has appeared in The Diplomat, Foreign Policy, War is Boring and The Daily Beast. In 2009 he co-founded the defense and security blog Japan Security Watch. This article is being republished due to reader interest.