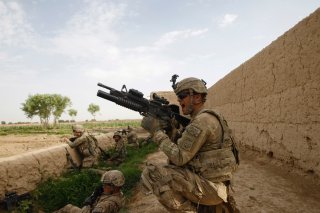 Here's What You Need to Remember: Simple in design, with a wooden stock — typically black walnut or birch, though plastic eventually was an option, too — the M79 weighs about the same as an M16, and at two and a half feet in length, when not cut down, it’s man-portable. But it only fires one round at a time.