Groupthink Blinded Imperial Japan at the Battle of Midway 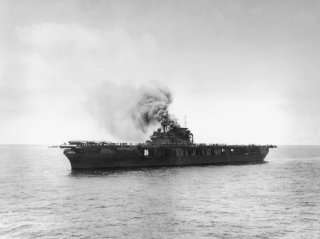 Here’s What You Need to Remember: Certitude is the bane of group decision-making. Physicist Richard Feynman beseeches researchers to “leave the door to the unknown ajar,” even when a scientific law appears settled. That’s doubly true for military and naval bureaucracies. After all, martial science is never settled.