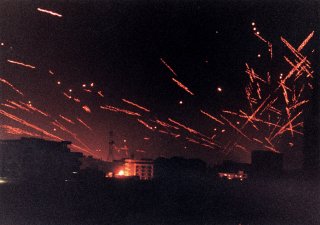 Here's What You Need To Remember: In 1991, the PLA lacked any relevant experience in modern warfare since the disastrous campaign against Vietnam in 1979. It lacked the funds and the political wherewithal to undertake the kind of large-scale exercises necessary for modern war.