Gun Sales Shoot Up Amidst Unrest: 80% More In Last Month Than May 2019 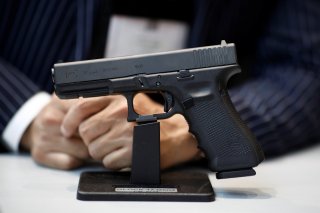 Americans purchased more than 80% more guns in the month of May than they did in May of 2019, a new analysis found.

Rifle sales increased by around 66% amid both uncertainty surrounding COVID-19 and violent uprisings associated with the death of George Floyd, who died with a Minneapolis police officer’s knee on his neck,” the firm said.

May was the third consecutive month with a record-high for gun sales in the United States, the Washington Free Beacon reports. It is further estimated that over 6 million guns have been sold since the beginning of the COVID-19 pandemic, according to the Free Beacon.

The beginning months of the virus saw empty shelves in gun stores and an unprecedented demand for firearms often resulting in lines stretching down the block. Just one week in March saw over 1.2 million NICS background checks take place, according to The Guardian.

A gun store in Long Island, New York appears to have a line out the door comprised of more than 50 people.

Line up for a gun shop in Long Island right now. +50 people and over a 2 hour wait. pic.twitter.com/SOVAfoc3Gk

Monday riots in the Empire State saw multiple officers struck with motor vehicles and a continuation of city-wide destruction and looting, according to The Hill.